About 90 percent of the Earth’s biosphere is made up by the ocean waters. A major portion of the surface of the Earth is covered by the ocean and it is no wonder that they influence so many factors related to our life in general. Much of the oceans remain unexplored till date and it has been estimated that it contains and supports millions of life forms. The ocean water is integral to life and plays an important role in deciding the climate of a particular place. We will look into the details of Ocean currents and their causes.

The oceans of the earth are vast and carry within it a lot of mysteries. One of the known facts about the ocean water is that although it may appear to be still but in reality, the ocean waters are constantly moving in the form of ocean currents. In 1992, a cargo ship that was carrying around 28000 bath toys and sailing across the Pacific Ocean got caught in a sea storm. The ship was wrecked and it sunk into the ocean and its contents, the bath toys, got washed along the North Pacific Ocean. But the toys didn’t get washed along just one particular shore, but washed up along the shores of most countries all over the world. This happed due to the movement of the ocean waters known as Ocean Currents.

Ocean currents and their causes

When strong winds blow upon the water surface, they drag the water along with it and as a result the water is set in motion and flows in the direction of the wind. These currents caused by wind are further influenced by the depth of the ocean floor, the shoreline and the rotation of the Earth. The Trade Winds blowing from east to west above the equator in the North create ocean currents which flow westward. These west flowing ocean currents are then influenced by the Coriolis Effect (a force resulting from the Earth’s rotation) which deflects them and turns them towards the north. After flowing in the North direction for some distance, these currents are again influenced by the Westerlies winds blowing from west to east. These winds deflect the current again towards the east making them flow in a clockwise manner. Similarly, the Coriolis Effect causes the ocean currents to flow in a counter clockwise direction. 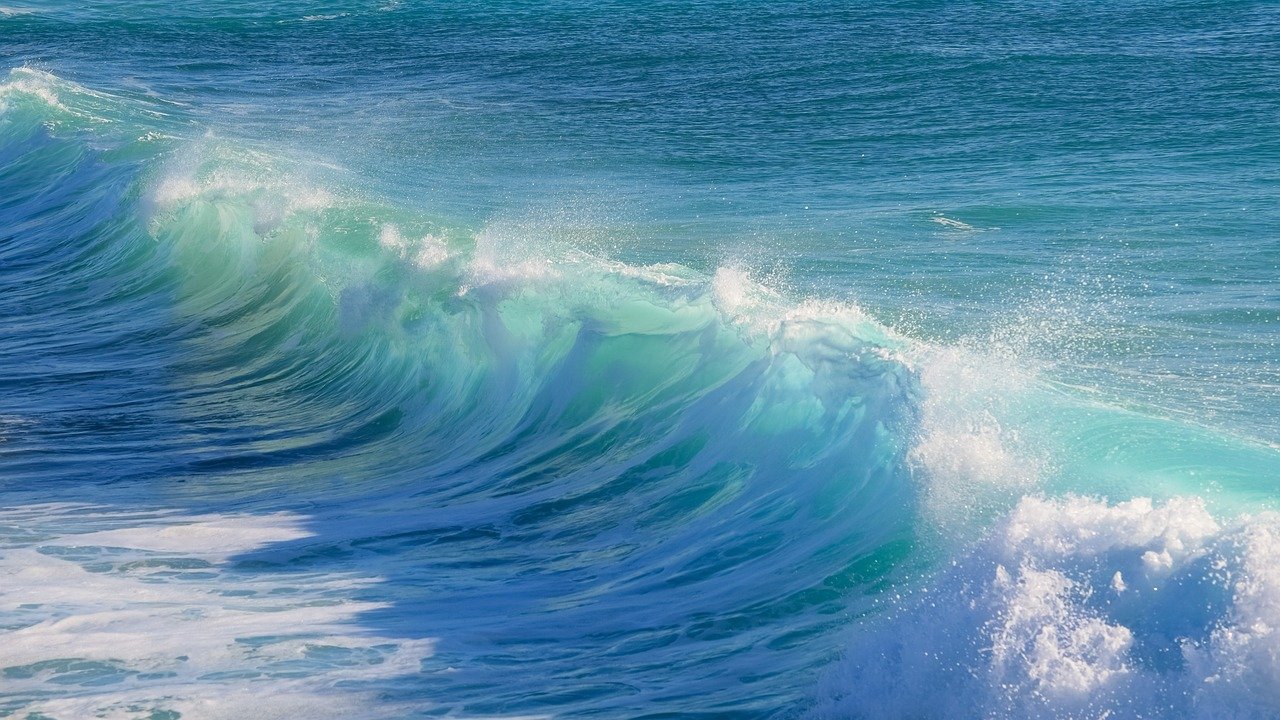 The other cause of ocean currents is the difference in water density. This factor mostly causes deep ocean currents by a process known as the thermohaline circulation where thermo refers to temperature and haline refers to the saltiness of the water. When the surface current carries the warm water from the equator towards the Northern latitudes, the water changes temperature and cools down because of the cold climate in the North. As the water moves northwards, the temperature drops constantly and the water cools down to form ice. The salt present in the ocean water does not form the ice but is present in excess just beneath the layer of ice making the water beneath the ice denser than its surrounding water. This dense water then sinks downward and the less dense water from the surrounding areas move in to fill the space. This gives rise to the deep ocean currents and is a factor for Ocean currents and their causes.

By carrying warm equatorial waters towards the poles, the ocean currents play an important role in determining the climate of the region.

Ocean currents are important for the survival of marine animals since they carry nutrients and plankton to provide nutrition to the life forms attached in one place. It also helps in the reproduction of certain marine species by carrying their reproductive cells to new territories.

The warm ocean currents slow down the formation of ice in the Northern parts of Europe, enabling the ships to sail to the inland waterways and ports.

The ocean currents reduce the fuel costs for ships by enabling them to travel and maintain speed along with the current and wind without using the fuel. They have also been considered as a means of marine power generation in Japan and Hawaii.

Among the many geological phenomena present on Earth, ocean currents are the most underrated yet crucial occurrence. The importance of ocean currents cannot be overlooked, especially when it affects us in so many ways. Also, for general purpose or educational purpose it is important to understand Ocean currents and their causes.

River under the Sea- Fresh water inside an Ocean