Mount Everest is the highest mountain on earth, above sea level and is located in the Himalayan range. The Nepal-China border runs across the summit and it has an elevation of around 8848 m. The mountain has attracted and continues to attract experienced mountaineers. The first efforts to reach the summit were made by British mountaineers. Edmund Hillary and Tenzing Norgay became the first to ascend the summit. Here are some interesting facts of Mount Everest.

Mount Everest is an old mountain and is almost 60 million years old. It was formed when the Indian continental plates crashed into Asia. The Indian plate pushed Asia from beneath and raised a big landmass upwards, thus creating the Himalayan Range. Under the snow is an expanse of gray rocks that once were on the ocean floor of Tethys, but they rose 30,000 feet above sea level. Rising at the Nepal-Tibet border, Mount Everest was a smashup between the Eurasian and Indian tectonic plates.

Because the mountain is made due to tectonic movements, it continues to grow. This is because tectonic plates continue to move constantly. The plates still move and raise the mountain’s height. It grows at an approximate speed of 44 millimeters every year. It is believed that the plates will continue to grow this way for the next 5 to 10 million years and is expected to plough into Tibet by 180 kilometers. This also means that in that time period, the country of Nepal may cease to exist because of the movement, but it is way into the future. 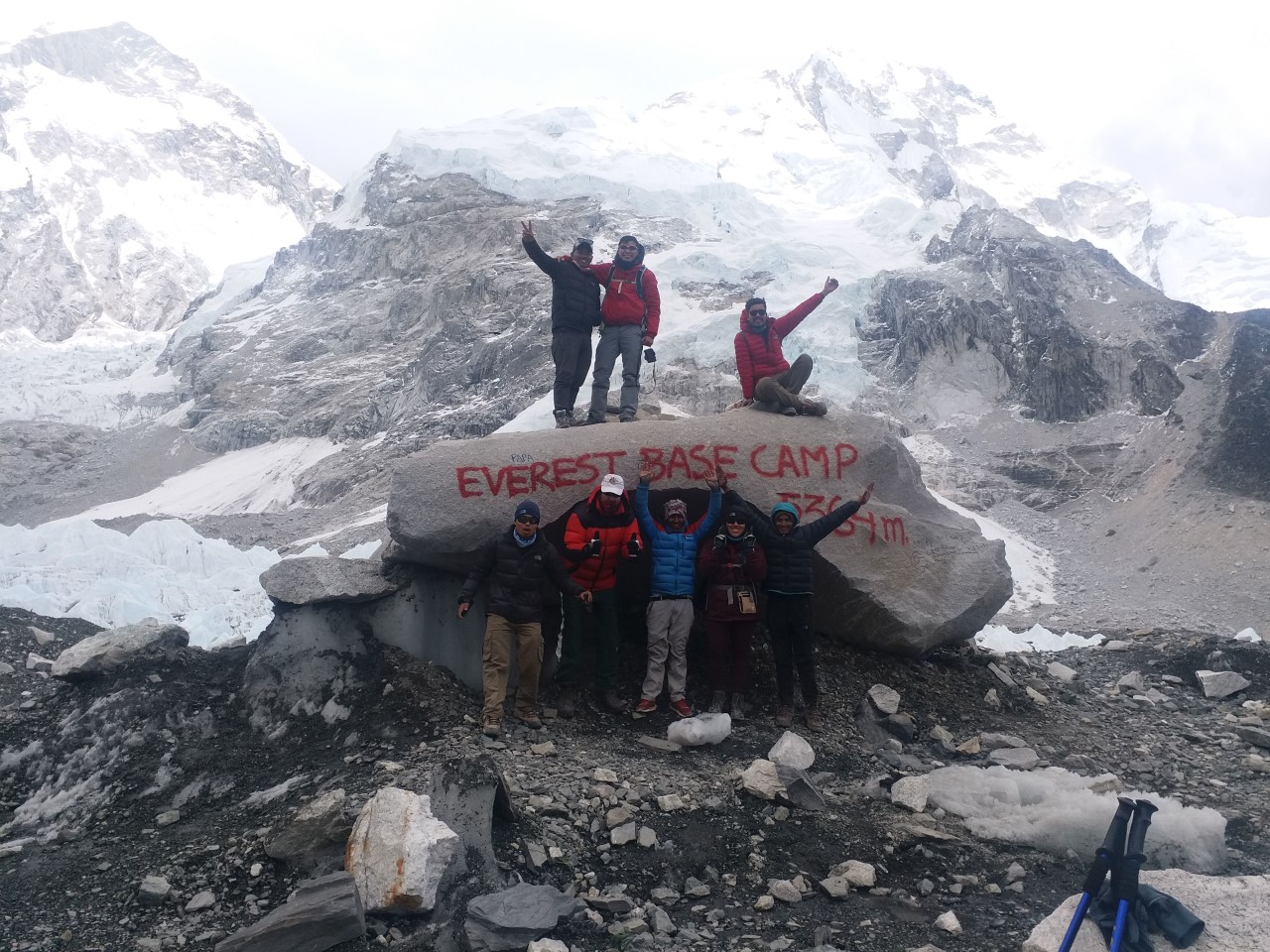 Mount Everest has a 2 o clock rule with regard to climbing. Climbers are advised to get to the summit by 2 pm because it is too cold and the weather is unpredictable. If someone is not able to get to the top by 2, then they are advised to return back so that they aren’t caught in a dead zone or be short of camp during falling temperatures. Even on an Everest base camp trek, the climbers are told to be careful. This is really impressed upon the climbers because time is needed to ascend and descend and one cannot survive in conditions, as found on top of Everest, without sleeping bags, tents and oxygen. If you are looking for an adventurous trip to the mount Everest and the nearby regions, Discover Altitude travel agency provides fabulous travel plans guided by experienced staff. We suggest the 15 days Everest trek plan where you can explore many pristine places.

Mount Everest is home to the Himalayan jumping spider that live in elevations up to 6700 m.  They were first observed by Richard Hingston on an expedition to Mount Everest. They are tiny creatures with females being around 5 mm and males being 4 mm. Their scientific name is omnisuperstes which means standing above all, which is quite fitting.

Most climbers go in teams and have Sherpas with them as they are acclimatized to Everest’s environment. Reinhold Messner was the first person to ascend the summit solo. Although it took a toll and he was extremely tired, he did it. Many climbers have tried to get to the summit and have never been found because the mountain tests the bravest and the strongest.

The height of Mount Everest is a lot and the severe climate is incapable of creating sustainable conditions for human life. Even helicopters can’t fly to the summit. But the valleys just below the mountain are inhabited by the Sherpas. They have villages at an elevation of up to 4270 meters. They often live a semi-nomadic life, moving between seasons and are traders. Their bodies are so acclimatized to the area that they can survive in places where climbers from other nations cannot.

Mount Everest is still mysterious as only a few have seen the summit and come back alive. It is sacred to many cultures. The facts of Mount Everest only cover certain aspects that mankind has found but a lot remains to be discovered.

Important facts about the Channel Islands